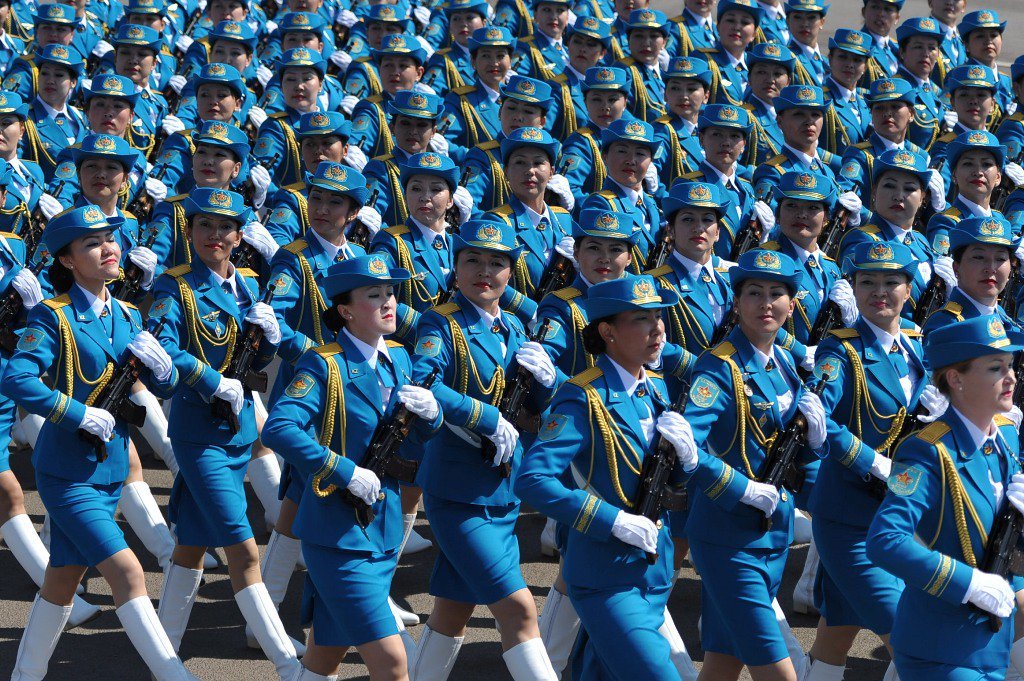 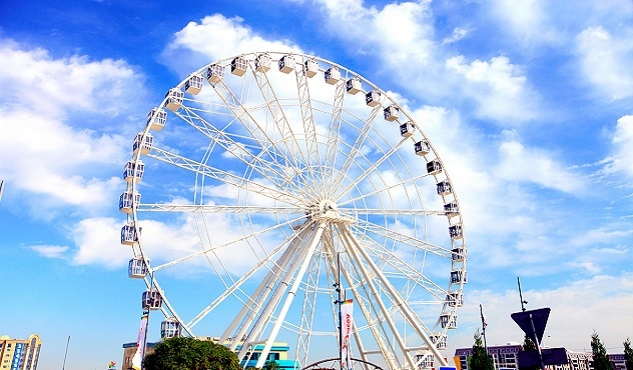 The 65-meter observation wheel weighs 270 tons. It is a project specially designed for the climatic conditions in Astana. Such wheels stand in tornado zones. The amusement ride facility has 36 all-round-view cabins equipped with air conditioning and heating systems. This allows people to ride comfortably at any time of the year. The capacity of one cabin is 6 people. In addition, the wheel has four luxury cabins. Riding the Ferris wheel, one can enjoy the beautiful view of the capital.